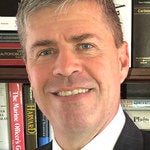 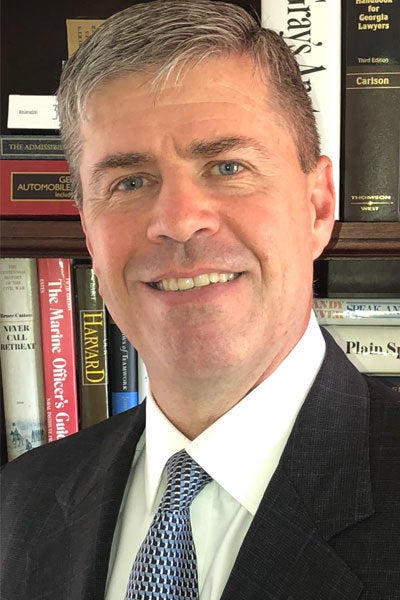 Bud Bullock grew up in a large family outside of Wilmington, Delaware. Excelling in the classroom and on the athletic fields, he was recruited by Harvard University as a quarterback. In his sophomore year, Bud broke his ankle in three places, requiring multiple surgeries and extensive rehabilitation. Despite these challenges, Bud graduated on time from Harvard with a degree in Economics in 1990. He next traveled to Quantico, Virginia as an officer candidate and earned a commission in the United States Marine Corps.

Bud found his calling in the law as a Marine officer. Although Bud was an artillery officer, his commanding officer soon grew to rely on Bud to argue on behalf of the unit in front of military judges in pre-court martial hearings. Although not yet a lawyer himself, Bud achieved a perfect undefeated record against the military defense lawyers. Bud realized that he had found his professional life's work and applied for law school, which he began in 1995.

Upon graduating from Georgia State Law school in 1998, Bud accepted his first position which involved handling a variety of matters for both plaintiffs and defendants. In 2002, Bud joined one of the premier civil litigation defense firms in Georgia and was quickly brought in to defend complex litigation involving catastrophic injuries and wrongful death. These included medical malpractice actions and large truck wreck cases. Bud rapidly earned a reputation as an eager and effective trial attorney and achieved substantial successes for his clients in metropolitan Atlanta and in rural Georgia counties. As a result, he was elected partner to the firm in 2005.

Toward the end of 2006, Bud was privileged to have the opportunity to represent a man who had, through no fault of his own, suffered a debilitating injury that made it impossible for him to continue his business. Although the man had paid his premiums on his disability policy for years, the insurer denied payment of any of the agreed-upon benefit. Bud aggressively pursued this matter, which was settled for a substantial percentage of the policy limits in mid-2007. With that, the seeds of the Bullock Law Firm, PC, had been planted.

Since 2008, the Bud has recovered millions of dollars for victims of negligence. As a testament to his reputation in the legal community, more than half of his clients are obtained by direct referral from another lawyer. In fact, it is not unusual for Bud to be called in just before trial to lead the case in front of a jury.

For a no charge, no obligation consultation regarding your case, please fill out the form below.

Thank you for contacting us. We will get back to you shortly.

Please complete all required fields below.

Bullock Law Firm, PC selectively accepts new cases after review of the situation. To have your case considered, contact us today.

We offer a free consultation and we'll gladly discuss your case with you at your convenience.